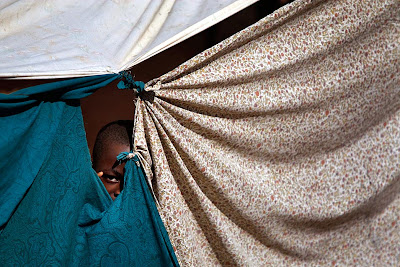 Things are moving quickly now. Everything is coming into focus more clearly, the plan is being fine tuned. I have a 501c3 organization, an awesome artist/activist non-profit that has offered their sponsorship, hopefully by the end of the day, I will have their tax id # so I can apply for funding. I have 4 or 5 grants that look promising. I will be making a detailed budget in the next few days, shout out to Chris Bunny for getting me set up with an outline for it. If anyone out there is a whiz at grant writing, I could use some assistance.

As far as all of you awesome people who have contacted me about volunteering, THANK YOU.
We will be utilizing volunteers more after we have all the struts made. We will need help color coding them, sorting and packaging them for shipment. We'll be needing this help towards the end of the month. (April)

I am on the verge of getting a very large donation of materials from a huge company. Crossing my fingers that they will say yes. More on that later......

This project has been reminding me the importance of fluidity and adaptability. Sometimes it's better to just have a goal and let the road unfold. If you are going down one road and there is a roadblock, just turn a different way, perhaps you'll have to choose a dirt road instead. It doesn't matter as long as it gets you to where you want to go. I learned how to drive on a dirt road in a VW Bug in 1979. Thanks, Mom.

I am rethinking the second phase of the project, which is the delivering and assembling of the domes at various sites in Haiti. I am contact with two groups in Haiti who contacted me to collaborate on getting shelters to where they are most needed. One of the groups is called Grassroots United and they have offered logistical support and ground transport in Port Au Prince and the outlying areas. They have internet, a storage facility and connections within the local community. I was just contacted by an individual who lives up here but often travels to Haiti, whose mother is currently housing 20 kids on a piece of property in Laplaine. Her Mom is known in the area as someone that helps alot of kids. They have an orphanage, they need shelters. Her Uncle is a builder, so he can build platforms for the domes to be set up on, on stilts so that the rain wont flood underneath.

The part I am rethinking is the crew. When I get the funding, I think it would be better spent bringing some money down there to hire people from the local community to prep the sites by leveling the ground and digging trenches and if they can find scrap wood, building platforms.
Better to bring money in than to pay for airfare for American volunteers. I will go and I want maybe one person to come, a videographer to document the trip. I want to keep it small and manageable. If I can pay locals even 25 bucks a day, that is a huge amount. If I can pay them 50 bucks a day, that would be awesome.

I am working to network with existing organizations or individuals who already have groups of children in need of shelter. Also with the awareness that if I put a bunch of domes up in one location, more kids will show up, there is no shortage of kids. I am excited to work with this person who just called me, she sounds like she is doing great work AND they are not a religious organization, thank God. Or should I thank Dog. Her organization is also a non-profit and they're called Zanmid-Haiti. Means Friends of Haiti. I asked her about Restavecs which are kids that are given to families as basically slaves. They are often abused and made to sleep outside, just treated like shit basically. She said her Mom adopted one whose mother was going to throw her in the garbage. Holy shit. If I can find some of these kids and get them out of those situations, that would be absolutely amazing.

I am also connecting to some folks from Mutual Aid for Disaster Relief who are local in Brooklyn. They were first responders and sent several teams of medical staff to help in the beginning of the crisis. They invited me to a spaghetti dinner on Friday night which is some kind of fund raiser.

As far as the dome cover construction, I spent some time working on the prototype yesterday. I am working on finding a local manufacturer to do all the fabrication for free once I get the pattern nailed down. I have been offered the use of Ralph Lauren's Factory for cutting the vinyl.
I just need to get the pattern done and then wrassle all the vinyl up to the garment district and have it cut. Shit, for the prototype, I can just use glue. I will have to wait a few days for it to be delivered.

Over and out. Thanks for reading. 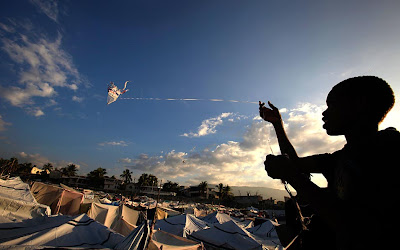