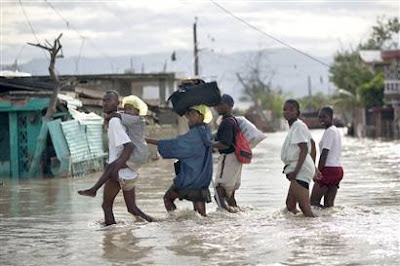 excerpt From NPR:
by Jason Beaubien

Marie Claudine Macena lives with seven other people at the Petionville Club camp. Her tent consists of sheets strung up on sticks, with an orange tarp tied over the top. At night, she sleeps with her children on a bed of cardboard.

"The last time it rained, it was terrible," Macena says. "We had to stand up because the water was everywhere. Maybe for the rainy season it's going to be like that. Maybe we are going to have to stand up for the whole night." 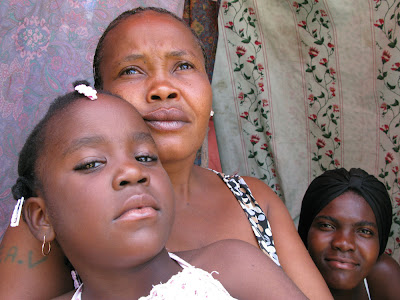 "We're in a race against time," says Tony Banbury, the second in command of the U.N. mission in Haiti.

Banbury says the priority for the U.N. during this moment of the crisis is to get people some form of shelter and relocate those who are living in the most hazardous locations.

He says there are about 250,000 people living in "really dangerous places."

"So when the rains do come, people are going to be washed away — their tents, whatever they're living under, just washed out. Some are literally living in a dry riverbed that's going to be a raging torrent when the rains come," Banbury says.

The humanitarian response is in a frantic mode. There is no expectation that things are going to be done perfectly or that everyone is going to get a tent.

A recent U.N. memo said the goal is simply to get earthquake victims "something waterproof" to put over their shelters before the rains hit. The U.N. estimates that they've managed to do this for just over half of the families in need.

Depending on whether the rains hold off, they have a few weeks to distribute plastic sheeting to hundreds of thousands more, and try to relocate a quarter of a million people to camps that are not yet built.

Excuse me, Mr. UN Fancy Pants, but I know where there is a veritable shit ton of "something waterproof" 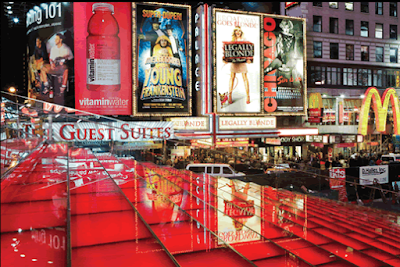 Walk outside of the UN Building. Go the only way you can go without falling into the East River. You'll probably be on 45th street. Walk eight blocks. I know it's alot of walking, Mr. Fancy Pants, you can take a cab if you like. Ok. Now, Look UP in any direction. Where do you think these things end up after they've had their 2 weeks of glory? 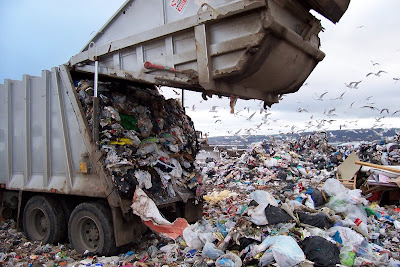 Today I took a trip to Materials for the Arts with a couple of friends. This, if you don't know of it, is a huge warehouse space full of fabrics, paper goods, furniture, rugs, paint, hardware, electronics, notions and just odds and ends of things donated by local businesses. It's made available for free to registered non-profits.
I got two steamer trunks and an awesome, huge wooden road box on wheels. I will be using these to ship the dome covers in. I am going to cut out a stencil of the logo to spray paint the boxes, so they are recognizable. I will also spray paint the domes with it.
I am perched to do a kickstarter campaign, but I think I should first spend the weekend writing grants. If you all are wondering where the hell the first cover prototype is and why havent I completed it yet, so am I!

This is not the time to hire people in the US. The majority of the money I get through grants should go to people in Haiti. Hiring people there instead of bringing volunteers is way more supportive of their economy. We may think we are helping by bringing thousands of volunteers down there to help, but why not instead spend that airfare on hiring and supporting Haitian workers?
Dough Nate Today!
Posted by Lmnopie at 5:34 PM