We returned full force to the street kids orphanage site early yesterday morning, the crew, increased in size from 5 to 7, was piled into Petends tap tap with all of our gear. Aldy in the front seat with Petends. I took the motorbike and passed them until I got unsure about the way and then would tally for them to catch up. We played leap frog through the Port Au Prince morning traffic,the ever present teams of yellow shirted Haitian workers lining the streets wearing rubber boots pulling all manner of slime out of the gutters and forming bucket brigade lines handing rubble, piece by piece into a giant mack truck. I thought to myself, holy shit, I bought an entire truck of that stuff for 2000 gourdes. How much does each worker get paid, I wondered. 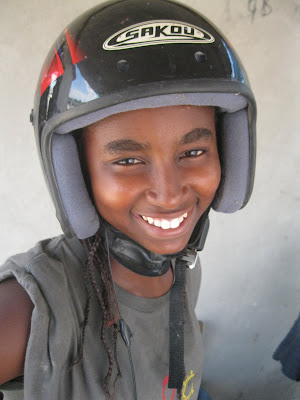 We arrived at the site and got to work finishing up the drainage ditches. Moving rubble to fill in the muddy yard. Around 11:30, Nephtalie and I took off on the moto to go pick up lunch. We went to some obscure joint on a twisty dirt road to buy 8 plates of food only to find it shut for the day. We turned around and ended up finding another lady cooking on the side of the road. She had a nice set up with a sort of shack restaurant with tables and chairs. She smiled and said it would be ready in ten minutes. 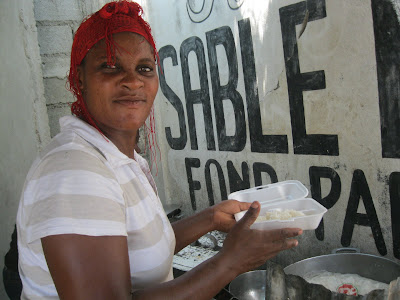 We filled up three plastic bags full of styrofoam containers of food for the crew and magically managed to balance it slightly unprecariously on the back of the bike. We then stopped at this little store to buy drinks. Aldy had requested a Guinness Stout and they actually had one, which i took to be something short of a miracle.

We had lunch under the tree and got back to work, finishing up the second dome and making 6 anchor supports for the shade structure. Keeping 7 workers busy is like juggling peeled mangoes. It's slippery at best. Add in a language barrier and you become like a ridiculous mime juggling peeled mangoes. I am sure I was quite a site, covered with mud pantomiming various tools and actions with a creole word inserted here and there for good measure. 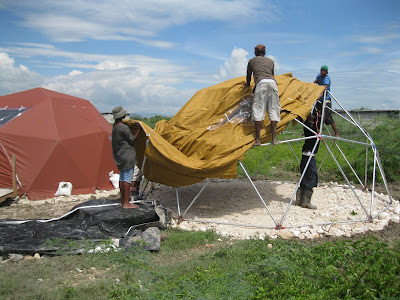 We took the crate that Greg Henderson made back in Brooklyn to ship all the struts for all ten domese in and made it into a front porch for dome number 8. We took the palette that Matt Sperry shipped all the dome skins on an made that into a little porch for dome number nine. We made two little sand paths leading up to each dome and they looked sweeeeeet. The porch on dome number eight features graffitti tags from Jersey Hammer and LMNOP. The stencil of my cat Joe is painted on it as is Domes for Haiti and Brooklyn NYC. Got to represent, yo. 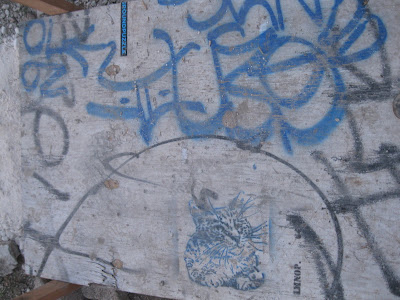 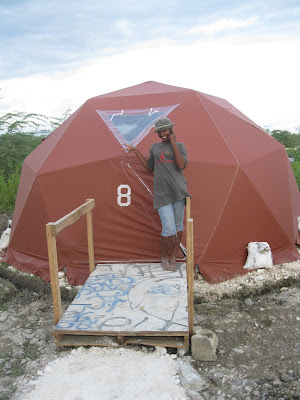 We got it all done and the kids had a spontaneous dance party while tamping down the white paths. 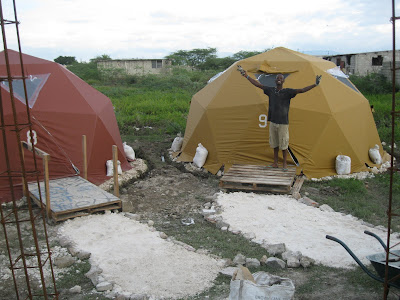 It was a pretty awesome day, altogether, but I still have to return to the site today to put up the shade structure which we couldnt do yesterday because the concrete anchors needed time to set. I am using six bamboo poles, six anchors, 6 ratchet straps, some rope and a giant tarp with NEED CASH? written in large bold letters on the top. It has an 800 number on it too. No doubt this will increase their marketing scheme tenfold..... It's ironic as hell to be housing a bunch of street kids under a sign reading "need cash" maybe not even ironic, more just redundant. 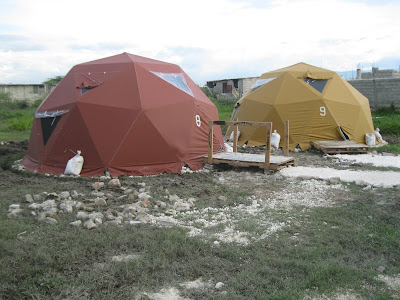 Today I am packing up my stuff, getting ready to leave GRUB. Laundry, packing and sorting is actually pretty enjoyable for me. A group of us are under the mango tree doing laundry. There were a bunch of people laying on two cots drinking rum and beer, but they all disappeared. Maybe they went back to bed or to the beach.

I am excited and relieved to be this close to completion of the first phase of my first humanitarian project. I am super excited to spend a week in Jacmel, meeting people, building dome number ten and painting some portraits on the beach.

I will be sad to say good bye to some of the people here at GRU. It's been a long two months! Some long lasting friendships have been formed with both locals from the community and partner organizations and volunteers based here.

I collected a bunch of water bags and typical Haitian trash to bring back to the states with me. Yes, I am bringing Haitian trash back to the states! I am going to be experimenting with designing some sort of handbag out of plastic trash with the hopes of bringing the design back to Haiti in a few months to get a cottage business started transforming trash into money.

thanks for reading!
Posted by Lmnopie at 10:12 AM