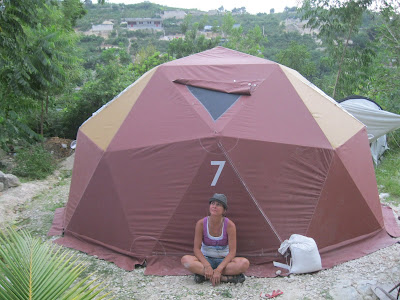 Thank you to Emmaus for the donation of $500! Thanks also to the individual donations that have come in in the last few days. I went today and spent $300 bucks of it on beds for an orphanage in Carrefore that we had found yesterday after a long day searching for an orphanage to construct the dome we had in the truck on.

We got up early, thinking we had an orphanage lined up based on another organization's recomendation. I normally dont go blindly to an orphanage to build without first visiting and making an assessment. The reason I decided to do it yesterday was because I was getting a little desperate. I had spent much of the previous day calling around to orphanages and getting little results. We had reached one in Carrefore and they had said that they both needed a shelter and had space for one. But then a friend told me she had a spot for a dome that had been assessed by another organization to be in desperate need of a shelter.

The crew arrived at 9am, ready to go. The tap tap driver's truck had other plans other than functioning. It was functioning on its plan "b" which was to "not go" and take the "day off"
So I desperately called around to find another tap tap. Finally, we reached Gin Gin the dude that had driven us a few times. He agreed to send Caleb, his teenaged son (might I add, Angst ridden to that description?) if I agreed to pay $60. I said I would agree to pay $60 bucks if he was there in 15 minutes. Ha ha, that turned out to be a pretty good joke and a worthless bluff. An hour and a half later, he showed up.

We loaded up the truck and started driving. Emma from GRU decided to join us that day.
Emma is great. The Aussie Orphanage chick. It was her contact that had given us the thumbs up on the orphanage that needed shelter. So we headed over, it was in Bon Repos, again. We got there and it was a pretty awful set up. Half the property was under water and swampy. The other half was rocks and garbage, the other half ( i know my fractions are not lining up, its artistic license. ) was the front yard, which turns out the "master" would not allow building upon. Yes, I said Master. That's what the pastor, who was lying on a cot under a tree called the owner of the house. The worst translator ever was sitting next to him. We proceeded to have the most confusing and circular conversation in history. It made no sense whatsoever. He said the Master was kicking him out, but yet he was still living there. I am not going to explain all of the perplexing ins and outs of the conversation, but it was shady as hell, so we disentangled ourselves from him and left.

We decided to go to Carrefore to find this orphanage we had made contact with the day before on the phone. They had said that their shelter had recently blown away. Carrefore is pretty far from where we were, so we drove and drove and then the angsty teenaged driver Caleb, started asking and calling the woman at the orphanage to ask directions. It took alot of figuring out. The roads were insane. San Fransisco has nothing on these roads. Straight up the side of a freaking mountain. Dirt road with ruts and big huge holes and random piles of rubble and garbage. Beautiful scenery though. Gorgeous cliffs covered with stucco looking houses. Verdant Fauna, huge palm trees, banana trees, papaya trees. Just gorgeous. The Creole word for banana is "fig" thats rather confusing. 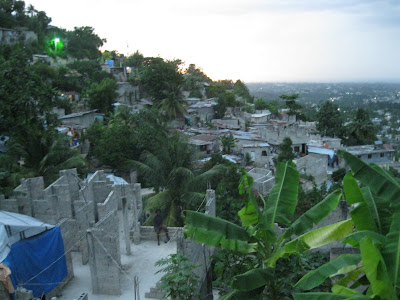 Emma in the back seat of the cab of the truck with me and angst boy who is beeping at kids and recklessly driving like an insane person. The giant container of peanut butter in the back seat with Emma spills. We have the great peanut butter spill in the back seat. It gets all over her foot. It looks like shit. We are laughing our asses off. The driver has steam coming out his ears. We finally arrive. We laughingly ask for some water to wash her foot off. That's our introduction. They look at us warily. We try to laugh it off. 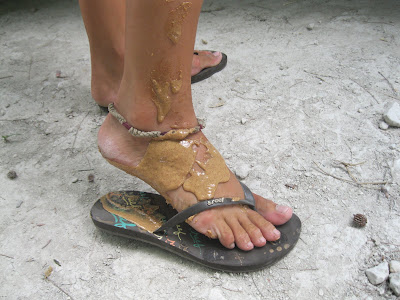 The lady takes me and Nephtalie into a little shack. It s a gorgeous site, on top of a mountain. They totally totally need shelter, thank god. She tells me about her orphanage and the activities she does with the kids. I am understanding more and more of Creole. She points to the arts and crafts, the games, karate uniforms... I introduce myself and my project to her. I tell her I am a very small organization of one person. I tell her my community in Brooklyn raised money to send me. I start to get choked up at that point. I tell her I have a team of Haitian teens who I trained how to build the domes and I am paying to be my crew.
We ask her if we can build a dome on her property if she wants one. She says that they had been praying to God to send them a new shelter and she believes I am the answer to that prayer.

I dont argue about it. 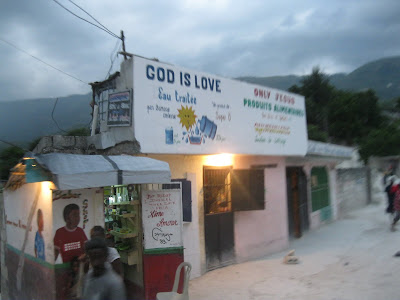 We start to unload the truck and notice the thunder clouds and lightening. They say, "the rain is coming" I say to the kids "should we leave?" they are like "NO!" so we decide to build it in the fucking rain! So we get to work and build that shit. Quickly. 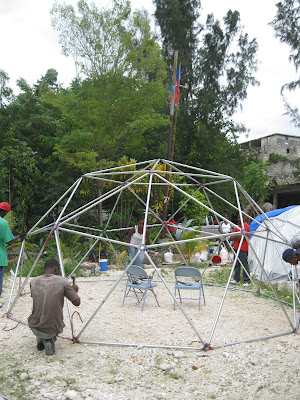 I go and meet the kids. They are sitting under a partial building watching the Lion king on a tv. They are super friendly and as all Haitian kids seem to love getting their photos taken. 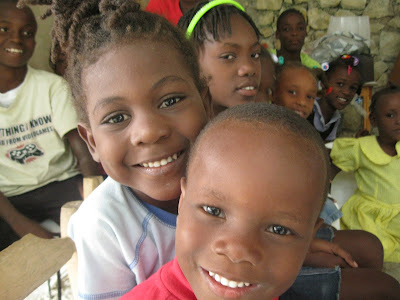 I look at their chalk board and it reminds me of a Cy Twombly painting. 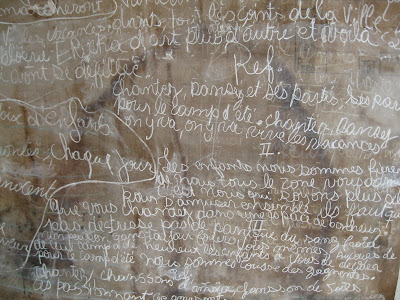 I make friends with the Turkey 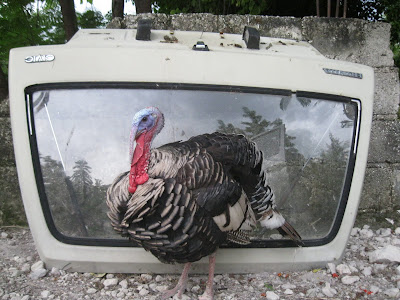 We build it and the Pastor asks me if I am an Indian. I say, you think I am Indian?
He says "I am a spiritual man" I say "Yes! I'm an Indian!" 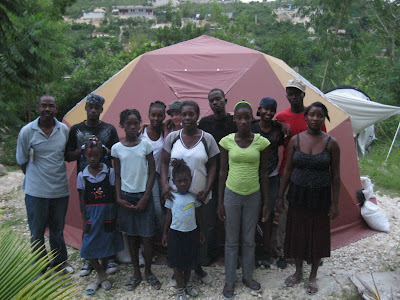 It was a wonderful day. On the way back it started to pour rain and I got in the back of the truck with the kids so that I would also get wet. No need for me to be the dry person in the front while they are all getting soaked.

I cant write a full account! I am trying to get out of here to go to Jakmel.

This is going to have to be enough for now. Check back later, I will write more about the dome being on the roof unexpectedly and post a photo of it. ha ha

I went to visit dome number one the day before yesterday to deliver some beds to them and was totally shocked beyond my wildest dreams to see that they had moved the dome!
It was on the ROOF! It was the most surprizing moment of my entire trip to Haiti.
Photos to follow and a much longer blog post.

We are having a mini burning man here on the base tonite. A few of the weirdos here built an effigy of a man and we are going to set it on fire at midnight.

Tomorrow I am going to Jacmel for the day. I am hoping to meet with a man named Pastor Abraham and see about donating tools to his technical college and building a dome for his orphanage.

I am gearing up to finish up this phase of my project in about a weeks time.

I am going to Jakmel to make a connection there to see about building a dome down there. Dome number ten. Monday I will visit Kay Famn and bring them the sewing machine that Kae Burke gave me along with all the fabric and notions I brought from MTFA (sorry! I know its supposed to be only for the five burroughs!)

Tuesday and Wed will be build days. Thursday packing day. Friday I hope to move all my shit to Jakmel.


I hope to be back in the states soon, eating blueberries and riding my bike.
Posted by Lmnopie at 6:32 PM