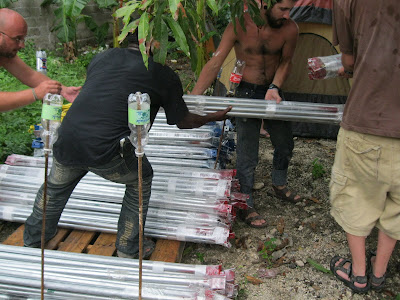 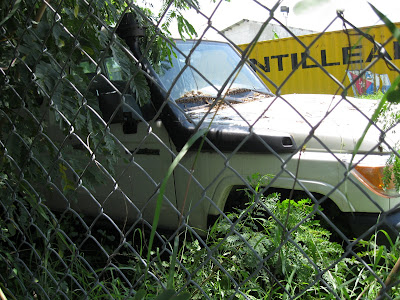 there are 5 brand new SUV's gathering moss at the Amerijet ware house. 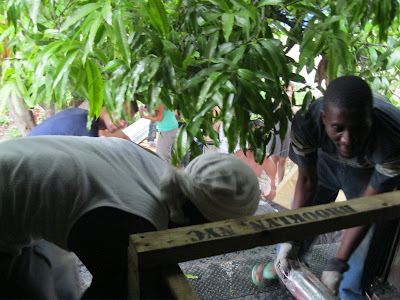 I finally got my shit out of customs today!!!!

It's worth celebrating. The last day was like the painful final push on a very difficult birth. The labor lasted for an entire month.

We had to go through the inspection one more time and the same customs official inspected my stuff again. Even though he had already seen every single thing in all the cases, he still found the need to inspect them. After I had closed the cases back up and locked them, he came back out and was all in a tizzy about the soccer ball pump. "Where is the pump? where is the pump??" So I had to open it all back up and show him a very inconsequential item.

It's totally odd to me how they pay so much heed to the things I brought as just extra, bonus items. They didnt even bat an eye at the 650 some odd metal struts or the dome covers. But the peanut butter. Holy shit, the peanut butter!!

Before we got back to the Amerijet warehouse, however, there was a weird moment when this dude claimed he was going to be coming with us on every build to "supervise the distribution" I was going to have to pay this dude to come every where we were going! I was like "what the ??" and "I dont have money to pay him!" Plus, not to mention, I dont want or need his "supervision" Does he have super vision?
So I turned him around and we marched back into the Duone and spoke to his boss who was in the expediated customs office I had explained a few posts back. The super uber air conditioned room with five desks with a very blank empty look to them. Anyway, it became even odder to me when his boss very easily said, "ok, he doesn't have to supervise."
I dodged the bullet on that one. I wonder if some people agree to that??
But this man did come with us all day and dolefully look on as we went through each maddening step. I guess he was "supervising" and then I had to pay for his transportation ( i wasnt going to carry two dudes on the back of my motobike) and then towards the end of the day he threatened me with having to pay him over time.

But when it was all unloaded and he was waiting in the truck to leave, he didn't ask me for money, but was just smiling at me. Very odd. I gave him 20 bucks. I didn't know what he was expecting, he didnt' tell me anything.

When we got back to the Grassroots base, everyone was cheering. It was awesome and everyone pitched in to unload the truck. Special shout out and thanks to the entire volunteer crew and staff at GRUB. You guys rock! Thank YOU!

I am a very happy camper right now. Oh, and I also found some Haitian music cd's today. I bought 6 of them for the equivalent of 10 bucks. I cant wait to listen to them, though I dont have a cd player ha ha. 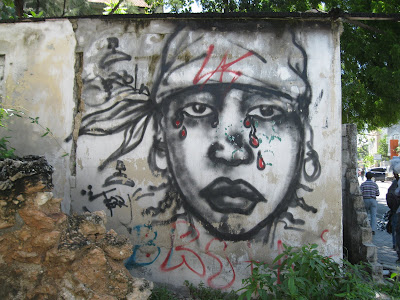 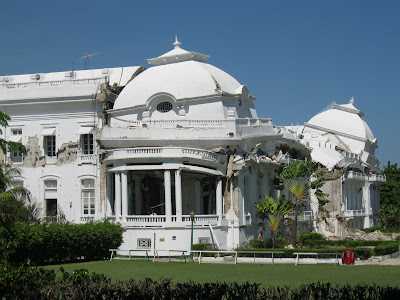